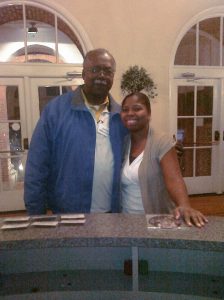 For the past 8 months, I have been the History and Culture Subcommittee Chair for the Jail, No Bail 50th  Anniversary Steering committee. What’s this you ask? I’ll be happy to tell you. January 31, 1961, 10 men from Friendship Junior College in Rock Hill, South Carolina walked to McCrory’s Five and Dime over on Main Street in Rock Hill and requested hamburgers and soft drinks. These men were arrested. Why? Because they were African American and requested food at a segregated lunch counter. What makes this particular sit in special is that the men denied their bail of $100 and instead served a jail sentence of 30 days hard labor. The men were Charles Taylor, Tom Gaither, Clarence Graham, David Williamson, James Wells, Mack Workman, Robert McCullough, Dub Massey, John Gaines and Willie McCleod. After serving 2 days of the sentence, Charles Taylor, who was a New Jersey native and scholarship student, paid his bail. The nine remaining men completed the sentence and were known from then on as the Friendship Nine.

After working with these men for 8 months planning the celebration of the 50th anniversary, as well as the SCETV documentary, ‘Jail, No Bail’, and being surrounded by Civil Rights legends, I have come to appreciate what it is I do and what it is I talk about more and more. How strange is it that businesses would deny customers service at lunch counters and lose money because of the color of ones skin? Bout as strange as owning another human being. But these things did happen and they are a part of our past. Without looking closely at these events, we miss so much.

What I learned most from the Friendship Nine and others like them is that you shouldn’t be ashamed of what you’re doing when you know you’re doing nothing wrong. Often times it is hard for me to explain to other people exactly what I do for a living. It’s not that I’m ashamed of what I do, I just get tired of the odd expressions, the negative comments, the jokes and the general misunderstanding. I don’t “play” a slave, I interpret to visitors what life was like during the 18th and 19th centuries for Africans in America and African Americans, in particular, the backcountry of South Carolina. Does this mean I act like a slave? Yes, when we have special events and I have a script. Other than that, I am a 21st century woman showing you the things that would have been done in order to survive. As an African American, that doesn’t give me a “glamorous role” but it gives me a chance to tell you exactly how this country was built and by whom. Just like the Nine, I’m doing nothing wrong and don’t feel ashamed of what I do. Every day and every experience out on the plantation is a teachable moment. For the visitor, for other staff members and for myself, and I am proud of that. I don’t feel like I’m selling out, or being a “coon”. I don’t shuck and jive and create a minstrel show which is what I think a lot of people feel slave interpretation can be. Do I laugh and have a good time while I’m working out in the fields? Yes. Will I smile when I take pictures with the visitors? Absolutely. Why? Because I truly enjoy what it is I’m doing and when I can reach one student on a field trip, or one visitor who never really understood what slavery was about, then it’s reason to smile & laugh. Too many people fought for me to have the opportunity to do what it is I do.

Just don’t ask me to go out in public dressed out. 🙂